The consequences of medical negligence are primarily death, injury and/or prolonged recovery / convalescence time. In addition, the fact of having been a victim of medical negligence supposes additional psychological suffering; this is what is defined as moral damage. The injury may have been suffered by the patient, or by a close relative of the victim.

In Portugal, we have a National Health System that is recognized worldwide and despite the professionalism of our doctors, nurses and other health professionals, the overload of the system and the underfunding of means, are behind most of the medical negligence that occurs in our country.

When an injury (whatever it may be) occurs, the Health Administration (or its insurer) must compensate the injured patient; this is called medical liability.

When claiming compensation for alleged medical negligence, the technical and legal feasibility of the claim must be checked in advance.

To this end, Belzuz Abogados SLP - Sucursal em Portugal, puts at your disposal our team of lawyers with extensive experience in this area of activity, to verify the viability of your complaint and a firm of experts who will study the technical and specialized viability of your case.

Claiming compensation for damages is a matter of justice. Reporting medical malpractice does not have to be to the detriment of health professionals who work with a high level of dedication.

In addition, filing a complaint for care with problems also serves to ensure that the Health Administration (or the particular hospital in question), do not make the same mistake again, and improve the quality of care, which will be in everyone's interest.

In Portugal, much of the health care provision is provided by the public sector, namely within the network established by the National Health Service (SNS).

Within the extended healthcare network, the division between the public and private sectors is distinct, given the existence of numerous private healthcare providers in areas such as palliative care and senior homes. In this sense, if the facts that are the object of the complaint have occurred in the public sphere, the person responsible for the damages that may have occurred in the provision of health care is the Public Administration. Given that our Constitution and laws establish the obligation to compensate individuals for the damages caused to them by the Public Administration, the filing of an administrative action against the Public Administration will be the most appropriate way.

The process, even with a long processing period, allows the hearing of the interested party and, if requested, expert reports can be issued that reflect the contours of health and medical assistance. In particular, the request for analysis of the behaviour to the Medical-Legal Council of the National Institute of Forensic Medicine, which issues technical-scientific opinions in the most complex cases of medical responsibility, will be appropriate. This body will be responsible for determining whether the complaint is viable or whether, on the other hand, the request should be refused.

At the end of this phase, a judgement is obtained which considers the claim to be well-founded or unfounded and arbitrates compensation to repair the damage suffered.

The civil procedure is suitable for cases where the claim must be made against a private individual, company or insurer. The civil action is exclusively a claim for damages. The civil action has a duration of approximately one and a half years since the legal action was filed. However, in civil proceedings, a settlement can be obtained before the conflict is judged, which may lead to the minimization of costs.

The civil way is faster than the administrative route and administrative litigation, but it contemplates a greater risk in case the lawsuit is not considered justified: the imposition of court costs according to the amount claimed.

By the criminal way, the supposed realization of a crime (offense to physical integrity, homicide, violation of leges artis in the realization of medical-surgical interventions and treatments) can be pursued by the action or omission of natural persons or, in very concrete cases, the criminal responsibility of legal persons can be demanded. The criminal way is, perhaps, one with the longest duration, since it is articulated in two well differentiated phases: the instruction (or investigation) and the litigious phase in which one decides on the investigated facts (the hearing of discussion and judgment).

This also occurs because, during the criminal phase, many elements are involved that are beyond the control of the Lawyers, such as, for example, the participation of the Ministério Público. However, in this way it is up to the Ministério Público to investigate the facts complained of, which reduces the costs associated with the process.

The criminal procedure involves not only demanding compensation for the damage suffered, but also condemning the alleged perpetrator of the damage to deprivation of liberty. 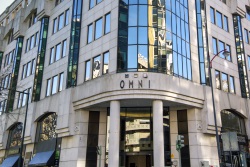